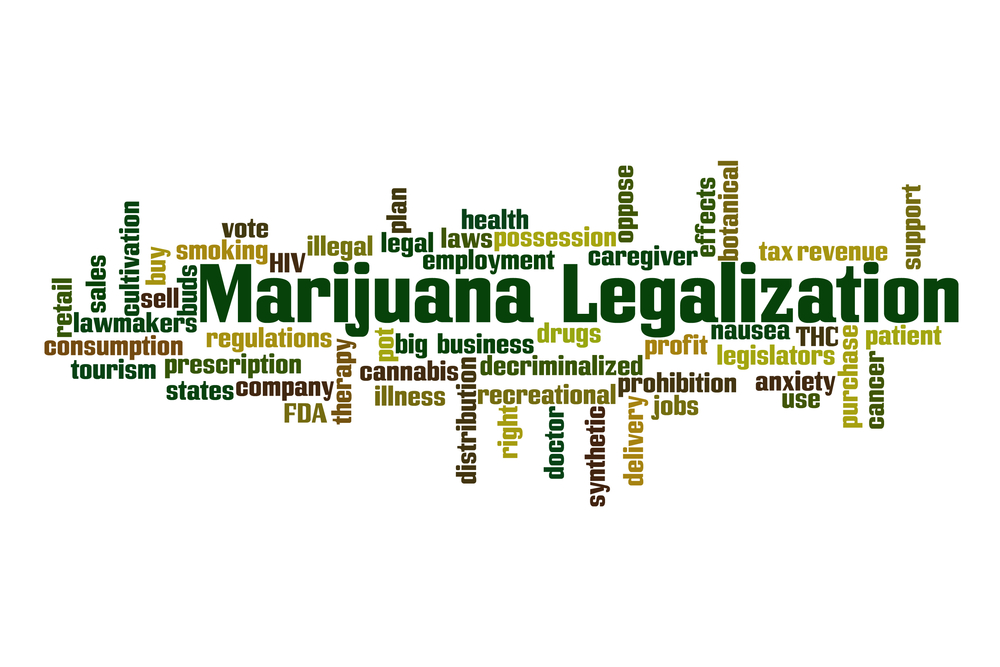 For the last several years, a great debate has been brewing across the country. The residents of many states have taken to the ballot boxes to make clear their position on a central question, “should the use of marijuana be legalized in the United States.” Those in favor of legalization of the drug argue that recreational marijuana use is safer than the use of other legalized drugs including alcohol and nicotine. Additionally, they argue that legalization can eliminate the criminal element from drug sales, increase tax revenue for the state and federal government, and provide safer and more regulated access to the drug.

However, critics of marijuana legalization claim that removing criminal penalties currently in place for the use and sale of marijuana will increase the result of what some describe as a gateway drug, opening the door for additional drug users, including minors. Additionally, opponents to legalization voice strong concerns of the ability of state and federal governments to adequately identify, test, and hold accountable drivers who drive under the influence of marijuana.

As a result of this debate that continues to rage on in states around the country, there are several different scenarios in a number of different states relating to marijuana legality. The possibilities tend to break down into three categories when you look at marijuana laws by state: (1) states that continue to criminalize any use or possession of marijuana; (2) states that have legalized marijuana in some form for medical use only; and (3) states that allow marijuana for both medical and recreational purposes.

The states of Colorado and Washington were the leaders among all states when it comes to states where pot is legal. In states with legal pot, essentially an individual cannot be arrested, fined, or punished by the government for the use of marijuana, so long as the use conforms with the state laws. Most states with legal pot place restrictions on the age to purchase, the locations where marijuana is sold, and the amount, which a consumer can purchase. Even in states with marijuana legality, the state still heavily regulates the production, sale, and use of marijuana.

As time has passed and marijuana legalization proved profitable and manageable by early states, the list of states where pot is legal has grown significantly. Currently (as of July of 2018), marijuana is legal for recreational purposes in the following states:

While only about one fifth of US states have legalized recreational marijuana use, over half of the states in the country have legalized marijuana in some form for a variety of medical purposes. The allowable uses, forms of legal marijuana, and the requirements to procure medical marijuana in each state vary widely from state to state, with some states creating specific patient registries to track individuals entitled to possess marijuana for their medical use.

Some form of marijuana is available for a medical use is allowed in each of the following states:

Despite the trend of legalization that has swept the country at the state level, the federal government has not changed the law to allow for the legal possession or use of marijuana in any quantity. Federal law explicitly prohibits the use or possession of marijuana, which continues to be classified under the Controlled Substances act of 1970 as a “Schedule I” drug. The federal government’s official position is that marijuana: (1) is highly likely to be abused by users; (2) has no medical use; and (3) is unsafe for use by any consumer without the supervision of a medical provider.

Because the federal government’s stance towards marijuana has not relaxed, federal agents are technically allowed to arrest an individual for the use or possession of marijuana (regardless of the amount), as it is a federal offense to possess or use the drug. Additionally, cultivating or manufacturing marijuana or marijuana products (such as edibles) is a federal crime.

The Clash Between Federal and State Laws

Typically, when a law at the state level conflicts with a law at the federal level, the federal law controls. As a result, a lot of uncertainty exists in states where marijuana has been legalized and is widely available for both recreational or medical purposes. While many supporters of legalization and the governments of states that have legalized marijuana have advocated consistently for the federal government to decriminalize marijuana and defer to the states on marijuana regulations, the use or possession of marijuana remains illegal. Legal experts suggest this ongoing clash between state and federal laws will continue until federal lawmakers or the United States Supreme Court resolve the issue.

Though there has a clearly identifiable trend toward legalization of marijuana in a number of states, a review of marijuana laws by state reveals the laws and accompanying regulations can be complex even in states where legalization has occurred. Violation of state or federal laws related to the use or possession of marijuana can lead to severe penalties, including fines and even jail time. It is important to understand that marijuana legally obtained, possessed, or used in a state where marijuana is legal cannot be legally transported across state lines in most situations. If you experience legal issues as a result of the use or possession of marijuana, it is important to enlist the assistance of a skilled marijuana attorney to help you navigate the laws and potential penalties. If you have questions about the legal use of marijuana, contact an experienced lawyer to obtain all the facts about the legality of marijuana in your state.